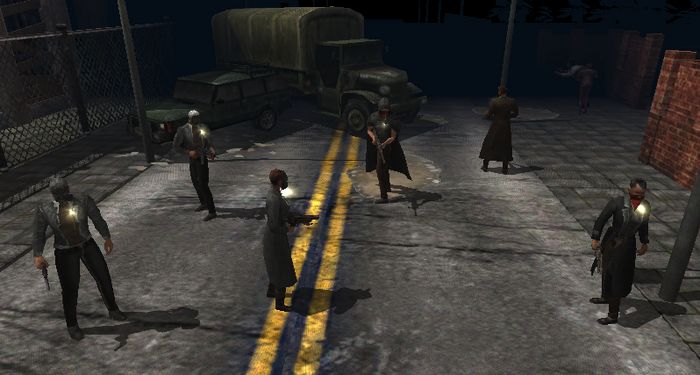 Starting from October 14th, 2020, roaming gangs of Bandits could now be spotted around Secronom Bunker, looking for a fight with the normal, slightly more law-abiding citizens of Fairview.

While nowhere near as intimidating as a giant mutated creature clad in black spikes or a giant dog with a hundred teeth, these Bandits are still more-than-capable of maiming or killing formerly-smug survivors who had gotten used to simply dodging clumsy zombie hordes.

Thus, survivors will need to use fundamentally new tactics in order to confront these more intelligent enemies. 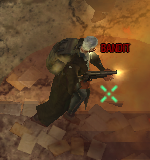 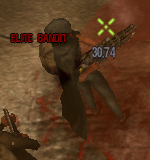 Bandits spawn in groups of 2 elite bandits plus 2 normal bandits outside SEZ/4 inside SEZ, and have their own boss slot on the bossmap.

As gunfire generates a lot of noise and therefore a high amount of attention from local zombies, a limited amount of event aggro can be expected for the duration of the fight.

Bandits follow the same spawning rule as normal boss cycles, but the timing is much tighter:

Failing the first requirement and they will not appear on your screen, and failing the second causes them to not drop loot upon death.

In order to facilitate battles and give survivors extra cover, most bandit areas will also have obstacles rearranged, removed, or added (commonly in the form of a military truck near the bandit group).

Bandits will always spawn close together in a particular region of the area, represented by a series of red dots on the mini-map (you can view an enlarged map of the local area by pressing N). These dots will remain red even if you have PvP disabled.

Bandits have a few behavior states:

The speed at which bandits can track their target with their weapons varies based on the bandit's tier and what weapon type they are using, with Elite Bandits having a multiplier that increases all tracking speeds slightly. In addition, bandits using high-precision weapons track their target faster than ones using a crowd control weapon.

Bandits and zombies typically do not interact with one another: bandits will not actively attack zombies and vice-versa. The sole exception to this are zombies with vomit attacks; they will actively target bandits as well as players, whoever is closer.

A bandit will occasionally change positions, but at random intervals. Their movement is limited to a certain range based on their initial spawn location. They will not move beyond that range regardless of their target's location or their behavioral state.

A bandit's movement behavior is also determined by the type of weapon they have equipped:

Overall, bandits have very basic rules that affect their movement.

Typically, they will remain in their original location, allowing the player to move behind vehicles, buildings, or other obstacles for cover and from there, attack with relative ease. They will never deliberately move around obstacles to flank players or dodge zombies, but they do have a limited ability to detect when a player is using circling tactics and move in response. 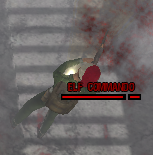 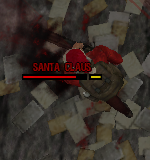 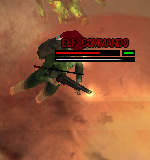 To hamper leeching, a kill participation is implemented, in which the player must deal damage to the bandit to be eligible for loot. This is represented by a small bar to the right of the bandit's HP bar, which goes in 3 stages:

Upon death, the corpses of bandits can be looted for a weapon or armor like regular bosses.

Bandits also have a small chance to drop Experimental Parts, Crafting Materials that are required to upgrade X-Dusk Weapons into their respective Dawn Weapons.