In the early days of the chaotic outbreak, there were few who could embrace or withstand the fears and terrors of the new world. The dead arose and claimed cities, then towns, then open wilderness. An army with no leader, they overtook everything which humanity owned, including order.

Amongst all of this chaos, one man stood tall. He called himself Vora X, and was embraced by the Dragon’s Spirit, which guided him throughout the darkened world. Through its guidance, he became disciplined, hardened, invulnerable. His travels gave him wisdom, his ideals empowered him, and his intelligence enabled him. As he was a charismatic man, many followed his guidance, his portrayal of the Dragon’s Spirit. Certain followers began to see and hear the Dragon’s Spirit, allowing it to guide them as well. They too, became prophets in the urban wasteland, causing more followers to arrive each day. As their numbers grew, they entitled themselves the Black Dragon Clan, those that were true followers becoming the Head Order.

When they arrived in Fairview, they quickly made a name for themselves. Their discipline came across as cold and heartless. Their power appeared to be corrupted. Wherever they went, they were regarded with fear and worry. It quickly became known that you must either respect them, or fear them…

The Black Dragon Clan adapted to life in Fairview. They became more structured, and became a powerful force. Their politics were impenetrable, their tactics insurmountable, their combat ability unconquerable. They truly became Fairview’s most dominant force, allowing no one to force their way with them.

However, the Black Dragon Clan slowly disappeared. One by one, core members of the Black Dragon Clan disappeared from Nastya’s Holdout, then Fairview altogether. Whether it be a conflict of interest, the corruption of the Dragon eating away at their heart and spirit, or falling victim to the endless crashing waves of undead, no one knows. Eventually, Vora X, the revolutionary leader, disappeared as well. The few that stayed, slowly drifted, becoming leaders of powerful clans, or talented mercenaries. Their past stuck with them, and to this day continue to be respected, or feared.

Recently, members of the Black Dragon Clan have been returning and revealing themselves. Calling themselves Dusk, they took in newcomers, training them under the shelter and secrecy of the darkened skies. Slowly they began to increase their power once more, with no one aware of what was happening within the safety of the Holdout.

After months of training, the Head Order of the Black Dragon Clan is stepping forward to reclaim the city which they once controlled. Members of old, as well as new, have aligned themselves with the spirit of the Dragon. As well, it is rumored that Vora X himself is sitting in the darkness, ruling from afar. Under Vora and the Dragon’s guidance, the Black Dragon Clan will once again prosper, and the Spirit of the Dragon will haunt the streets of Fairview, darkening humanity's last holdout once more...

• Strong loyalty, good activity, and can show a bit of maturity

• Ability to be independent but also cooperate with clan mates 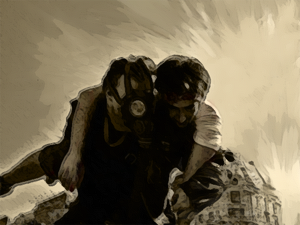 Our minimum requirements to become a Dusk Settler

• Either a 100 skill weapon (non-melee) OR Dusk equipment

• Armour must be of high quality based off strength

Register, apply and introduce yourself on our forum. http://tinyurl.com/nvbzcz

If applicants don’t meet our minimum requirements, they may be considered if they can survive and complete the grueling Dusk Trials.

We are considered evil in our actions by many. Yet, we only do what is necessary to better ourselves and our clan while disregarding others. The fact that we do not see some of our actions as evil can be considered one of the greatest evils of all. By combining the Rage of Fenrir and the Spirit of Draconis, we have achieved a state of Order that is surrounded by a perpetual Chaos. Different classes of Dusk will operate throughout the spectrum of Order and Chaos to best suit their tasks. 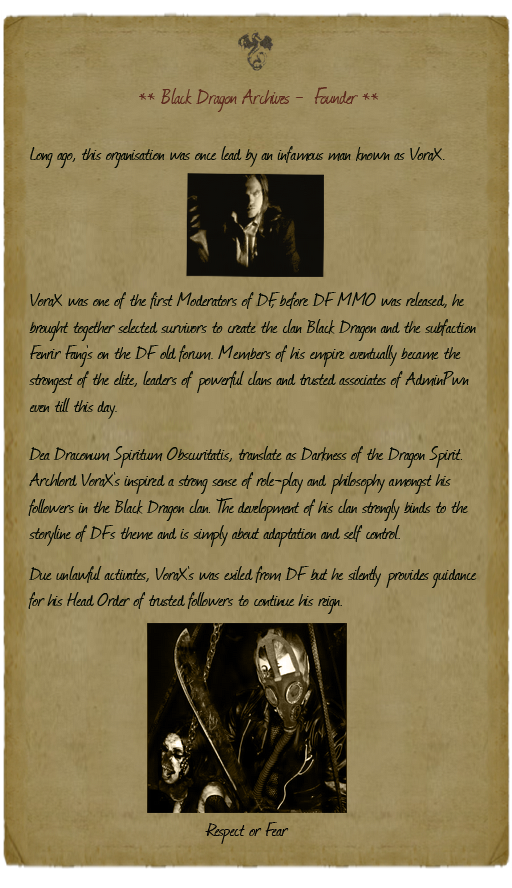 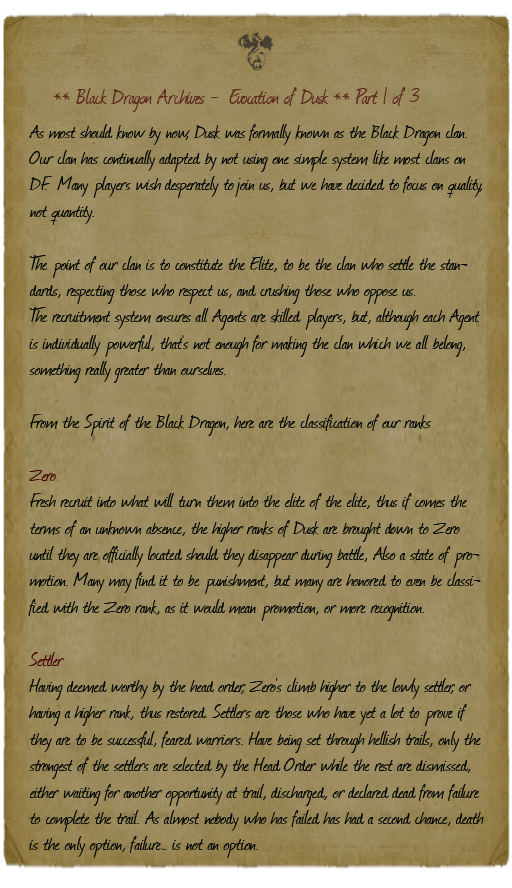 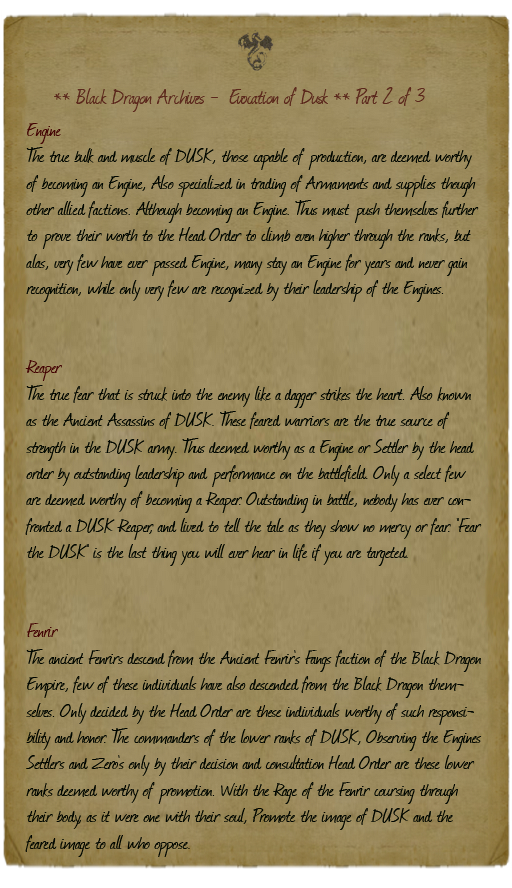 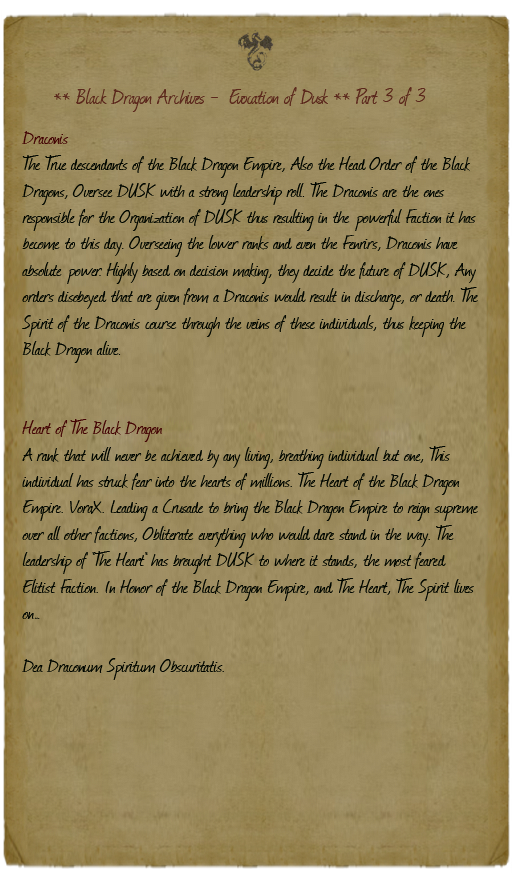 • The oldest clan in Dead Frontier

• Personal Forums off of the Dead Frontier Site

• Dusk Trials to motivate and challenge our members