I have just received some confusing and distressing news. Our scouts have spotted a heavily armed individual in a makeshift bunny suit. Quite the sight given our current circumstances so I ordered them to try and communicate with him but he started running away as soon as he spotted them.

I dispatched a squad of soldiers to chase after the individual but they have not reported back in a few hours, so I leave the search to you. He was last seen heading north of the outpost, towards a region of the city that was attacked by the infected. I was, fortunately, one of the few to survive the attack but many of my colleagues were not so lucky. Head north and search the area. Report back to me as soon as possible.

We have analysed the egg shaped object you retrieved from the strange man's last location. We are not sure of its exact purpose, but the high quality of the material suggests that it might be for something important. Given the current time of the year, this "silver egg" object and the fact this man is wearing a bunny suit, we believe all of this may somehow be related to Easter. We'll refer to him as "Bunny Man" from now on for lack of a better name.

We have also checked the other items you retrieved from the site, among them there was a key chain that resembles a mascot but none of our analysts could remember from where... Before the outbreak mascots were popular for representing sports teams, there were a few in the North Eastern Fairview region. We have reason to believe he may be passing through an area related to this key chain so please, go there and find him if it's not already too late. Otherwise, search for more clues regarding this individual and report back to me.

It's a shame we missed him again, the bunnies in the region indicate he must have just left. The egg you found in the school seems to be made of the same material as the first one however we are still not sure about its use or why this Bunny Man is carrying them.

We have received two other reports about his whereabouts. He was spotted heading south, passing through a fallen Secronom facility you were previously instructed to collect keycards from and later spotted by one of the guards responsible for watching a weapon cache you've found for us. The guard did not leave his post to pursue the individual as he is not supposed to leave it unguarded. I'd like you to head there instead and report back to us on what you've found. Good luck.

Another day, another strange egg leaving me to begin questioning the motives of this Bunny man. After two close calls with the infected at neighboring fallen Secronom Facilities and one of our weapon caches, we believe the Bunny man may be becoming scared and disoriented. Blood was found at the location of the last egg you retrieved leaving me to believe he may have ran into the horde of infected bunnies we had to clear near the office.

The blood indicates he is fleeing further south. I would like to get one step ahead and have dispatched soldiers to all hospitals in the Eastern region of the city but I believe he would be expecting this. With his injury I expect he will be looking for cover from the air and from the ground. Somewhere near a hospital where he may be able to slip past our guards for some medical supplies and rest to recover from his wounds. With all our recent patrols he won't be traveling in the streets to stay concealed.

If he keeps moving south we may need to open communications with our neighboring outpost Fort Pastor as he is becoming an increasing threat to their region of the city. Travel south and try to end this now.

You were very close last time, but the Bunny Man continues to be elusive. However, we are learning more about the eggs he has been leaving behind. It's possible they might be parts of some sort of equipment, perhaps a weapon or piece of armour. We'll continue to investigate this further, in the meantime, I have more leads for you.

Despite being successful at acquiring medical supplies and resting in a safe place until he recovered, it seems he was unable to come across much food. We believe so because we received a report from a survivor who was exploring the eastern region of the city, she spotted the Bunny Man fleeing from a supermarket closely pursued by a horde of infected. Apparently, he was able to escape, as he was possibly seen by another survivor.

This survivor is still in shock from the encounter, but was able to tell us he was trying to find shelter to rest from a scavenger trip along a common route to the South Eastern region, but before he was able to fall asleep, he heard some noises from deep within the building. He went to check their source and on the way, found that the kitchen in the building had signs of recent use, and when arriving at the source of the sounds, he came across a figure standing still and staring right at him. When he tried to communicate with the figure, it charged at him prompting him to desperately try to escape. Whatever was in that building eventually lost track of him, and we got the distress call on the radio shortly after. He said all he could remember from the figure was that it had unusually big, pointy ears and was mumbling something incoherent.

It's unclear if he was injured by the infected he found on the supermarket, but this is the first time we hear of him displaying aggressive behaviour, so it's possible he might have been infected and turned. I cannot dispatch more soldiers to investigate this at the moment, so I'll have to leave this on your hands, find him and report back to us on his fate.

I apologize for cutting straight to the point, but time is of the essence. The search team I had sent after the Bunny Man spotted him near his last known location and chased after him. I've just received word from them that during the chase they were attacked by a pack of infected hounds and had to split up. Half of the team had to flee but the other half blocked off the south eastern corridor preventing his passage much further south. Unfortunately, they lost sight of the Bunny man in the process. However, they are sure they saw him fleeing towards a section of the city that was blocked off.

Head there ASAP and help them with the ambush, this might be our chance to finally learn more about this strange man. Good luck!

We've got those dumb*ss scientists chasing some bunny b*tch. Damn losers cannot keep track or run a God damned operation. They lost sight of him at coordinates ten-fifty by thousand-six with an western heading. We have reason to believe he lives somewhere in this region. Specifically because he shouted "Hippity hoppity! Get off my property!" We blocked him off from escaping south to the hospitals. We'd expect him to head north but this sh*thead keeps trying to head towards the hospitals in the south. We suspect he has a home somewhere nearby.The patrol noted that he knew what alleys to run through and that he was carrying some barricading supplies.

Your mission is simple soldier! Head into the area and start clearing houses. We want this bunny b*tch. Don't be like the idiots from Secronom, actually capture him. He is injured, so we doubt he went too far from the last sighting.

The boys managed to find a house-key with a bunny's head on it. Take it with you.

I don't know who is the bigger f*cking idiot! You or the sh*theads over at Secronom. Neither of you can capture that bunny b*tch and we clearly kicked the hornet's nest now. Son of a b*tch found a way to scramble communication for the whole God damned grid. I've lost more men in the past day than you've lost money in the gambling den. Get your sh*t together!

Alright, your reaming is over. Let me make this clear, we have some grid coordinates marked out. The signal is either coming from one of them or being redirected through them. The sh*theads at Secronom said something about the eggs that rabbit is leaving everywhere. I wasn't really paying attention because they like to act smarter than they actually are. Regardless, if one of those eggs is causing this, I'll kill that bunny b*tch myself.

Coordinates are as follows,

Let me be a bit more direct this time. Get my God damned radios online, find that bunny b*tch, and feed him his own f*cking eggs. If you bring him back alive, I'll let you take some swings out of him too.

I'm injured beyond belief... I crashed my helicopter chasing that bunny b*tch because of your failures. I knew where he was heading the second you fixed the radios. It'll take years to fix this f*cking bird. I think a wraith hit me down. Luckily, my radio is still working. I'm abandoning the copter. I'll be back at the fort soon. I know I hit that stupid rabbit. Sure is a whole lot of non-infected blood and I know it ain't all mine. Just don't know where he went. I got a new mission for you... Find wherever the Hell I landed and grab my supplies. 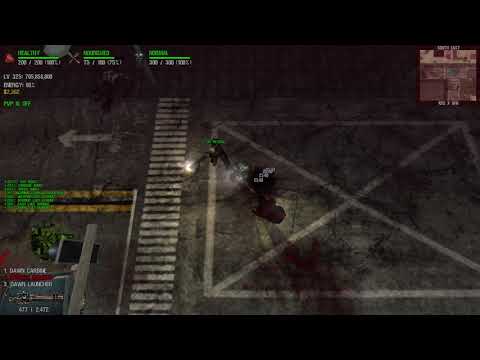