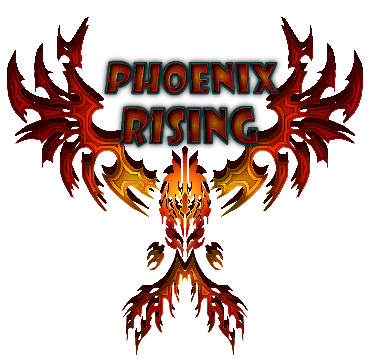 Phoenix Rising started off as a group of players in dying clans that united together to form a roster of active consistent players. Since then we have grown in numbers and have quickly became known as one of the best grinding clans within the game, being the third clan to max out all boosts within our HQ yet the first to do it without PVPing.

Fairview had been in a state of decay for years. Its citizens, fighting for their lives since the beginning of the outbreak, had been focused on simply surviving. Hiding and living in fear for too long, many groups formed to thin the ranks of the undead so that the living could, perhaps, finally be able to live in peace. And they fell.

More groups formed, and they also fell. The ravenous hordes being seemingly endless, it appeared as if humanity didn't stand a chance.

Those few groups that did manage to survive eventually turned on each other, petty squabbles over the years adding up and bursting forth. Many members left to join other groups, or form their own. However, some grew tired of this cycle.

Those who had outlived countless former comrades, and still fought on tirelessly against the ravenous horde, knew that even their strength was not enough. A new pact was formed.

We are few, and they are many, but from the ashes of the past, again we rise to the future. And we will not rest until the undead are driven from Fairview entirely.

• The clan is invite only. If you wish to inquire on joining, please apply to our Recruitment thread.

• We do not allow multiclanning, this includes guilds.

• Phoenix Rising do not accept Alliances

• Do not bring any disruptions onto the thread. Any issues you have with any post on this thread, PM a council member and it will be dealt with accordingly.

• Any form of racism, sexism, discrimination, and the like will not be tolerated.

• Begging, flaming, trolling, harassing, disrespecting, and scamming will be dealt with harshly.

• Bumping, spamming, and double posting are forbidden on this thread.

• Members must display a signature or emblem in your profile to show you're in the clan across the forums.

• Please keep to English on the thread.

• Page claims must include an animated .gif image.

• All members are required to use Discord.

Manages Council and the most important aspects of the clan.

Keeps things running smoothly and are the core of the clan. Anything regarding clan matters should be addressed to these members via PM.

Tell Me A Story

Retrieved from "https://deadfrontier.fandom.com/wiki/Phoenix_Rising?oldid=114826"
Community content is available under CC-BY-SA unless otherwise noted.